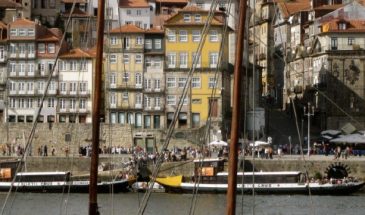 Six nights accommodation in the famed Quinta Nova de Nossa Senhora do Carmo. Learn about the wines of the Douro. Enjoy it’s produce. See its ancient history in the Coa Valley through which the Coa flows to the Douro. Marvel at the stepped vineyards that tumble down the steep hills of the Douro Valley to the river. Make your own wine. Get into the kitchen and help the chef prepare your dinner. Cruise the Douro. Visit Lamego and the UNESCO Heritage archaeological site at Coa. You will not want to leave.

The Douro River starts half way across Spain. The real Douro belongs to Portugal and the city at its mouth Porto. The Douro is an internationally recognized wine producing region. Recognised for its port but also its table wines. It is often said that the best wine comes from vines whose roots reach to great depths searching for nutrients. Hot dry summers, harsh winters and schistic and granite soils force the Douro roots to those depths. Grapes have been grown here for nearly 6000 years and wine has been produced for 2000 years. Portugal has only recently commenced using international varieties such as Cabernet Sauvignon, Shiraz, or Chardonnay and commonly uses those grape varieties in blended wines. Portugal has a wide variety of grapes. Under its appellation system each wine region has authorised grape varieties. Wine produced from grapes outside the authorised list can only be denominated as a table wine. Two of the most popular grapes in the Douro for red wine are Touriga Francesca and Touriga Nacional. For white wine it is Alvarinho and although its not grown in the Douro the next time you buy a bottle of Verdelho remember that is a grape which originates from Madeira.

Quinta Nova de Nossa Senhora do Carmo was the first wine hotel in Portugal. American Airlines Travel Magazine said it was one of nine must see wineries in the world. Here we offer you six sumptuous nights of accommodation and five days to explore the Douro.

But it’s not all about wine. It is also about art, wine museums, fine dining, traditional Portuguese meals, festivals, pilgrimages and processions. And for those who want more action there is hiking, bike riding, sailing or river cruising. Or for the inactive just soaking up the scenery. Once you have been to the Douro it never leaves you.