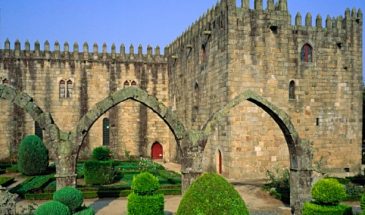 This tour offers eight days of delight. Four nights in Vidago Palace, a member of the Leading Hotels of the World group. A tour of the historical towns of Chaves and Vila Real. Visit Palacio de Mateus. Spoil yourself in one of the best spas in Portugal. And then south to the village of Parada de Gonta where your hosts Jane and Hugh will welcome you into your home and show you the delights of the region.

On your journey to Quinta dos Três Rios you will experience the warmth and hospitality of the people, the culture, and the produce of central and northern Portugal. Quinta dos Três Rios is situated just outside the village of Parada de Gonta. A small village of less than 1000 people, here you will find yourself in the real Portugal. Your hosts Hugh and Jane are English but will immerse you in rural Portugal, its wine and food.