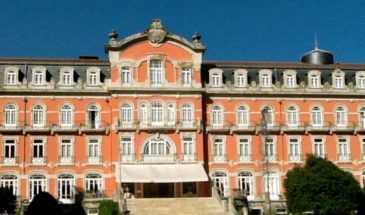 Imagine nine days of pure bliss – its starts the moment you enter the gates of Vidago Palace because you’ll know you are in a special place. And when you enter the home of Maria and Antonio, which they call Casa Museu, you will have crossed into a world of charm and antiquity which will embrace and seduce you. Enjoy nine days of rest and relaxation, recharging the body and soul with spa treatments, fine food and wine, whilst exploring the beautiful north of Portugal. The only regret you will have will be the moment you leave Vidago Palace and Casa Museu.

On your journey to Vouzela you will experience the warmth and hospitality of the people, the culture, and the produce of central and northern Portugal.

Vouzela is 30 minutes from Viseu, Lamego and an hour from Portugal’s third largest city Coimbra. It was first settled in the eleventh century, although some diggings show evidence of a Roman presence in early AD. A charming and beautiful town. Regular markets are of interest. And if you time your visit you might enjoy the town’s annual sweets festival at the end of July or the Castelo Music Festival in the first week of August. Enjoy the fresh air with walks along Vouzela’s eight easy walking routes. Try the nearby thermal waters. Enjoy the local food. Enjoy the region. And above all enjoy your boutique accommodation at Casa Museu with your hosts Maria and Antonio.