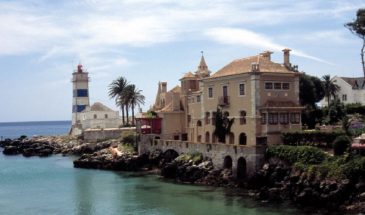 From the city to the middle of the Atlantic. Over 16 days you will experience the sophistication and vibrancy of Lisbon and Porto and the stunning beauty of two isolated islands in the middle of the Atlantic Ocean. Lisbon and Porto with their hills and majestic rivers. The food and wine. The shops and nightlife. The pulse of cities racing through you. And then to the charm and other world of Madeira and the Azores. The grandeur of the landscape. The cliffs and the lakes. And a way of life that will enthral you.

Beautiful Lisboa. Its seven hills offering expansive views over the city, the River Tagus, and the city on the south side of the river. Its trams. Who has not heard of the famous Tram 28 which wanders on its daily path from the centre of old Lisboa and up through its hills, its castles and old Moorish districts. Its winding alleys and laneways brimming with shops, bars and restaurants. Bairro Alto and Chiado on the fringe of the centre of the city just above the magnificent Praça do Comércio. The Castelo de São Jorge commanding a presence over the city from its hilltop vantage.

The soulful sounds of the Portuguese national music Fado. Songs about pent up emotions. Passion. Saudade. A word with no English translation. Music and words to be felt, touched and consumed.

The majesty of Belém. From where the great Portuguese navigators set out to discover the unknown world. A world that many thought was flat. A journey of discovery that reached from Brazil in the Atlantic to Japan in the Western Pacific. The Japanese word arigato means thank you and is derived from the Portuguese obrigado. Here in Belém you will see the wonderful Jerónimos Monastery and the Torre de Belém. The Coaches Museum and the Berardo museum. And away from the cultural and to the gastronomic you will find the most famous Portuguese pastry shop. You won’t find it hard to have a pastel de nata anywhere in Portugal but here in Belém at Pastéis de Belém you will find close to the best.

Lisboa has a soul. It is everywhere and no European city can match it. Lisboa will welcome you into its heart and you will never want to leave.

Except for Cascais and Sintra. Portugal’s Riviera at Cascais and Estoril. Its magical fairyland of majestic castles in Sintra. All to be personally brought to you by your guide for your day.

And then to Porto. Portugal’s second biggest city. Quirky we call it. Others call it gritty. That doesn’t do it justice. Full of character. Run down but engaging. Old and beautiful. The Douro River. Famous for its wine and port houses. The Boston Globe says it has a sophisticated new edge. The historic centre is nominated as a UNESCO Heritage.

The city has a pulse. Rawness exudes. But still it has sophistication. Porto is leisure nightlife and fine food. It is shopping. Beaches to play on and to eat at. And a cultural scene which centres around the modernity of Casa da Música and Serralves Museum of Contemporary Art.

To Portugal’s islands. Not forgotten by European and American tourists. Undiscovered by others. But not for long.

Madeira and Porto Santo. In the middle of the Atlantic. A one and a half hour flight. 620 miles from the European coast. Islands of immense natural beauty. An archipelago known as the islands of Eternal Spring. And the Azores. Nine volcanic islands about 1350 miles from Portugal. We take you to São Miguel where you can explore all manner of interests from cheese making to photography and from trekking to cultural tours.

In these two weeks you will see and learn so much about Portugal. You will be seduced and enticed. And you will return. Because there is so much more to see.

But some suggestions from us.