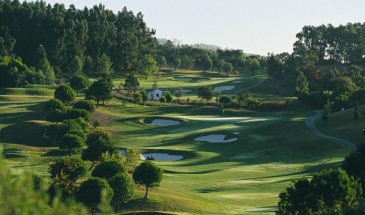 This tour takes you over nine days from the most sumptuous palace hotel in the north of Portugal to charming boutique accommodation near the village of Parada de Gonta. You will have time for golf, to revitalise your body and spirit with spa treatments, enjoy the countryside and towns of the Douro and the Dao Valleys, their wine and food and their hospitality.

From the coast to the Spanish border Portugal’s Centre and North offers history, culture, national parks, mountains and villages of granite and schist. River and ocean beaches. The giant waves in Nazaré where American surfer Garrett McNamara rode a 100 foot high wave. And it offers golf in beautiful mountain settings. At Vidago Palace and Montebelo you will find two challenging scenic golf layouts. Courses to please you not to harm you.