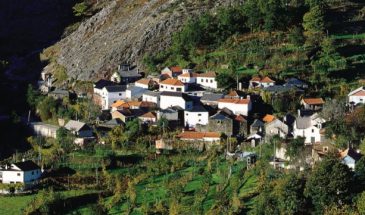 Enjoy eight days of spa and wellness treatment, golf in the mountains, exploring Portugal’s north and learning about the wine and food of the famous Douro and Dao Rivers.

Vidago is a village in the north of Portugal. It has been renowned for its spring waters since the 17th century. Water from Vidago has been bottled since 1886 and can still be tasted directly from the source in its highly concentrated and naturally carbonated form from one of the four spring fountains that reach the surface inthe park lands surrounding Vidago Palace.

The curative characteristics of the waters of Pedras Salgadas have been known for centuries. In 1873 following an international show in Vienna it was decided to build the Balneario Termal. In 1875 a company was formed to explore the natural waters and in 1879 Termas de Pedras Salgadas opened to the public. In 2009 the Spa was revitalised and the new owners built a series of Eco Houses for accommodation. And so was born Pedras Salgadas Spa and Nature Park.

On your journey to Quinta dos Três Rios you will experience the warmth and hospitality of the people, the culture, and the produce of central and northern Portugal. Quinta dos Três Rios is situated just outside the village of Parada de Gonta. A small village of less than 1000 people, here you will find yourself in the real Portugal. Your hosts Hugh and Jane are English but will immerse you in real Portugal, its wine and food.